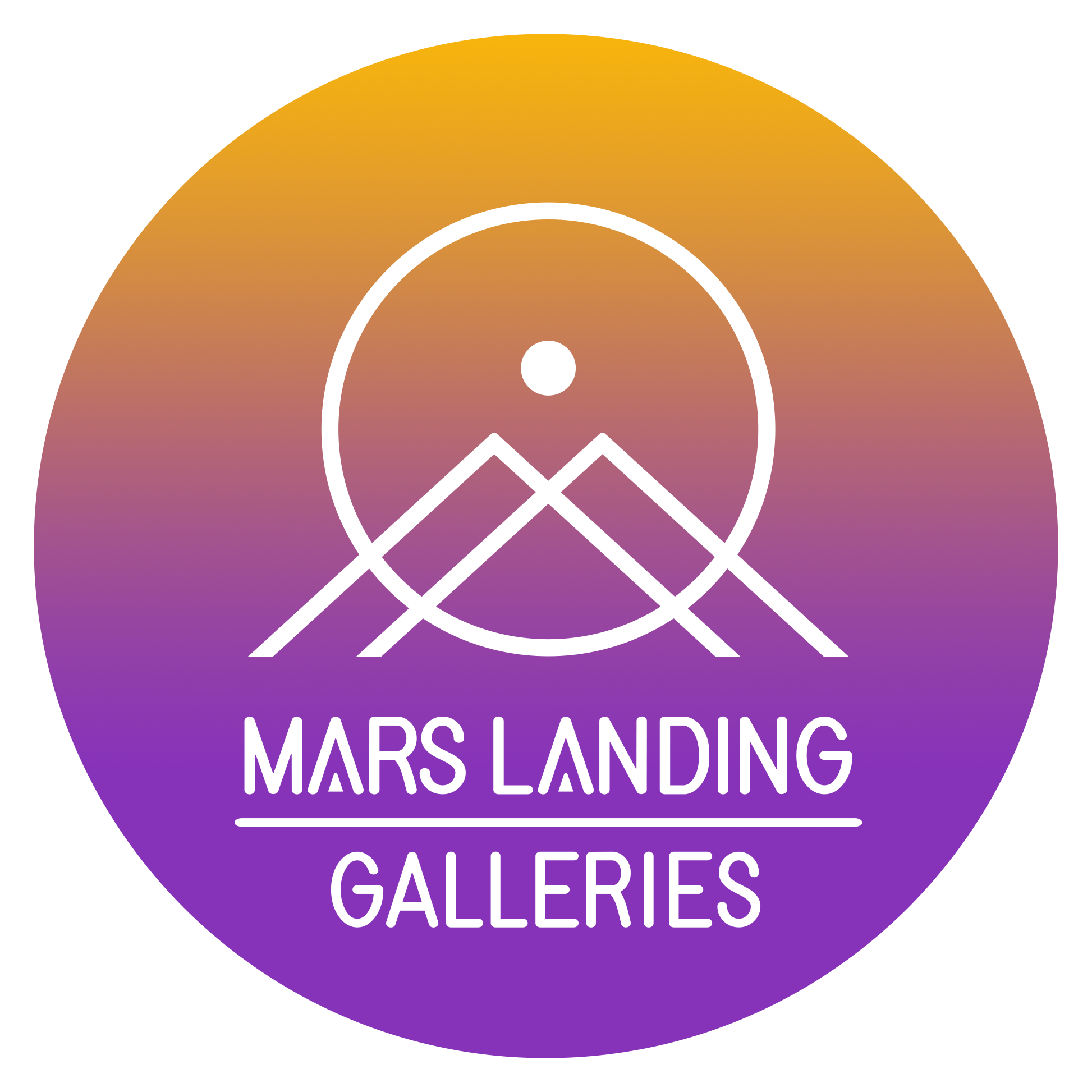 Mars Landing Galleries was conceived by Miryam Rojas, a Peruvian-American originally from Rye, New York. Encountering endless talent among so many artist friends over many years, Rojas aspired decades ago to “one day open an art gallery to just showcase those talents if nothing else.”

As a child, Rojas eagerly read monthly Architectural Digest magazines, accompanied her father to antique auctions, and aspired to be an interior designer. By the age of 14, Rojas taught herself to interpret blueprints as the family renovated their 1924 Mediterranean Revival home. By the time she earned a B.A. with a Dual Major in Art History and in Fine Arts, Rojas had already interned at a television network, production company, museum, art gallery, travel magazine, and prominent designer fabric showroom.

Lured further down the coast after college, Rojas spent over 16 years freelancing as an Art Director in the Television and Film industry in South Florida. A persisting fascination with architecture and real estate coaxed her early on into a side hustle of renovating commercial real estate. She most enjoyed rehabilitating properties and uncovering their potential.

Western North Carolina was an immediate draw for Rojas due, in part, to the immensely collaborative and creative communities. With long waiting lists at many local art galleries, she noticed that many artists weren’t being seen and would not be for some time. Rojas imagined that Mars Hill, perfectly situated close to Asheville and among incredible arts communities, such as Spruce Pine, Marshall, Weaverville, and Burnsville, could be a pivotal destination for both art enthusiasts and artists alike. And so, Mars Landing Galleries was born.

Alissa Christine is a multidimensional, multisensory, high vibration, visionary, virtual reality, Healing Artist, Photographer, XR Experience Performer/Designer, Author and Crypto Curator. She is blending the boundaries of art, wellness and technology with her pioneering 3D light sculpture paintings to be explored in XR. Her manifestations focus on positive change by inspiring inner growth, spirituality, and sustainability with love.

Alissa is a mixed-media exhibiting artist for over 20 years and is recognized as a VR pioneer. Her VR journey began in 2018 with an international live VR painting performance and progressed toward creating meditative VR experiences, spearheading VR NFT exhibits and winning First Place in 2 live global VR Painting competitions. She has participated in the first-ever all-female WOCA (Women of Crypto Art) NFT Exhibit in the Metaverse. As a proud member of The Guild NFT Collective, she has contributed to exclusive collaborations that help benefit upliftment projects.

Alissa is currently offering NFT Basics workshops for artists, and is the Curator of MLG. NFT and RAWTHENTIC Art+Tech Fest 2022, presented by CODAME, an organization encouraging exploration and discovery, since 2010.

“Power Player – one of 100 individuals pushing Florida into the future.”
-Florida International Magazine